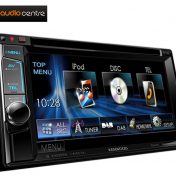 Car Accessories and In-Car Entertainment for Kids Once upon a time, in-car entertainment for youngsters used to mean countless games of “I spy.” Those days are now long gone, with electronic gadgets having stepped up in the battle against boredom on long car journeys. Video games, in-car DVD systems and MP3 players offer suitable distractions for children while allowing parents… Read more »

Fuel Efficiency – How To Save Fuel Costs Drivers in the UK are being encouraged to become more eco-friendly drivers. A new campaign by the society of Motor Manufacturers and Traders (SMMT) believes that businesses could save up to 20% on fuel expenditures from their fleets, which could save UK motorists £6.8 billion a year.   Being an eco-friendly driver… Read more »

Those words probably didn’t send a jolt a fear through you, but to any car audio professional it’s a nightmare inducing phrase. Not because it’s a bad car, by all accounts, most Volvo’s are pretty nice. Even the speakers are pretty good – so why do car audio fitters and specialists everywhere pull a face like they’ve just smelled something… Read more »