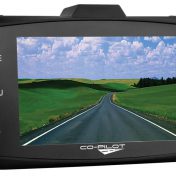 Discover The Difference in Dash Cam Batteries Almost all car dashboard cameras get their power supply from the vehicle’s ignition through a charging cable. However, they need to have a power backup to save files when there is no power; and for this purpose they either use a battery or a capacitor. Thus, the first thing you should know is… Read more »

Ever thought, Wish i could use my phone apps on my car stereo? Well you can now – as long as you have an Android phone with Android (Version 5 “Lollipop) or later. As well as staying safer (and Legal) on the roads, its cool! imagine being able to talk to your car and it responds to you like Kit… Read more »

Like an old man straining to hear the television we often find ourselves tilting our head towards a speaker in order to hear all the nuances of whatever sound you’re pumping through them. Unless, of course, it’s Bieber – in which case we’re tilting our hand for the off button. Some car manufacturers have tried to solve this problem, usually… Read more »