What is a dash cam? Why would I need one? A regular question Car Audio Centre faces on a day to day basis. A dash cam is an in-car video recorder that is mounted on the windscreen and continuously records the view ahead as you drive. Rear facing dash cams are also available. It is powered either by the cigarette… Read more »

Alexa in Dashcams, Good idea or a Privacy Concern? Since it’s inception into a voice assistant for your home, the Alexa service has been plagued by privacy concerns. A few security researchers claim malicious apps can eavesdrop through your Echo device due to it’s microphone being on all the time as the device awaits commands. Alexa users also found out… Read more » 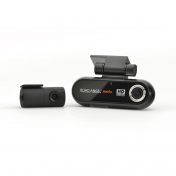 Fuel Efficiency – How To Save Fuel Costs Drivers in the UK are being encouraged to become more eco-friendly drivers. A new campaign by the society of Motor Manufacturers and Traders (SMMT) believes that businesses could save up to 20% on fuel expenditures from their fleets, which could save UK motorists £6.8 billion a year.   Being an eco-friendly driver… Read more » 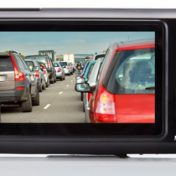 Dash Cams and Dashboard Camera Sale Protect yourself and your insurance premiums by installing a dash cam. Road traffic accidents are unfortunately very common, here are some figures taken from the Gov.UK website: In reported road traffic accidents in 2014: road deaths increased by 4% compared with 2013, rising to 1,775 the number of people seriously injured increased by 5%… Read more »